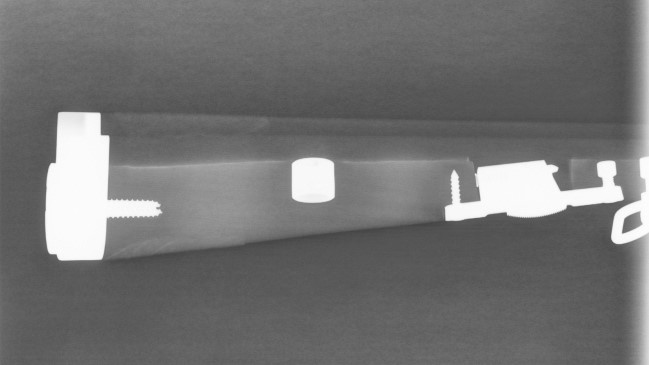 I began the process of conserving my fathers Savage Model 1899 back in 1994. I had very little expendable cash and no workshop to speak of, so my main goal was to stop the rust on the receiver. I carefully disassembled the rifle and found that it also had a broken firing pin. I carded the receiver and removed the worst of the rust. I ordered a replacement firing pin and hammer bushing. I oiled everything heavily and packed it away with a promise to get back to the project…someday.

A few months ago my wife and I decided it was time to “finally clear out the attic”. In the process I discovered the Savage parts still encased in oil. I even found the receipt from Numrich Gun Parts Corporation. What I didn’t know was all the history and detail about this gun, I didn’t have the Internet in 1994. So down the rabbit hole I went. I discovered a ton of great information including the history and story behind this revolutionary (for the time) firearm. For example:

I found a DVD that detailed the disassembly of the rifle from The American Gunsmithing Institute. This turned out to be a huge help as one of the springs was missing. The firing pin return spring moves the firing pin back, out of the way of the next, unfired, primer, as the bolt is driven forward. I believe that missing this little spring led to the damage to the hammer bushing and ultimately the broken firing pin. Thankfully, I was able to order a new spring from Numrich.

The first antiques roadshow moment came while watching the video where he described the “take down” version of the rifle. The forend is removed and there is a bushing in the forend that engages the barrel lug allowing the barrel to be removed from the rifle. My rifle bore all the traits but lacked the bushing. Upon very close inspection, I noticed a small indentation that gave me hope that the bushing may be hiding under the bedding material. I contacted my dear friend and chiropractor Steven to ask if we could use his X-ray machine. I didn’t want to damage the forend if the bushing had been removed. I stood behind Steven as the image materialized giddy as I did my best Antiques Roadshow appraiser impersonation “If we turn this over and there is a bushing in the forend, you have got yourself a valuable rifle!”. There it was. Hidden under a repair.

Next, I carefully removed the bedding material that covered and filled the bushing. 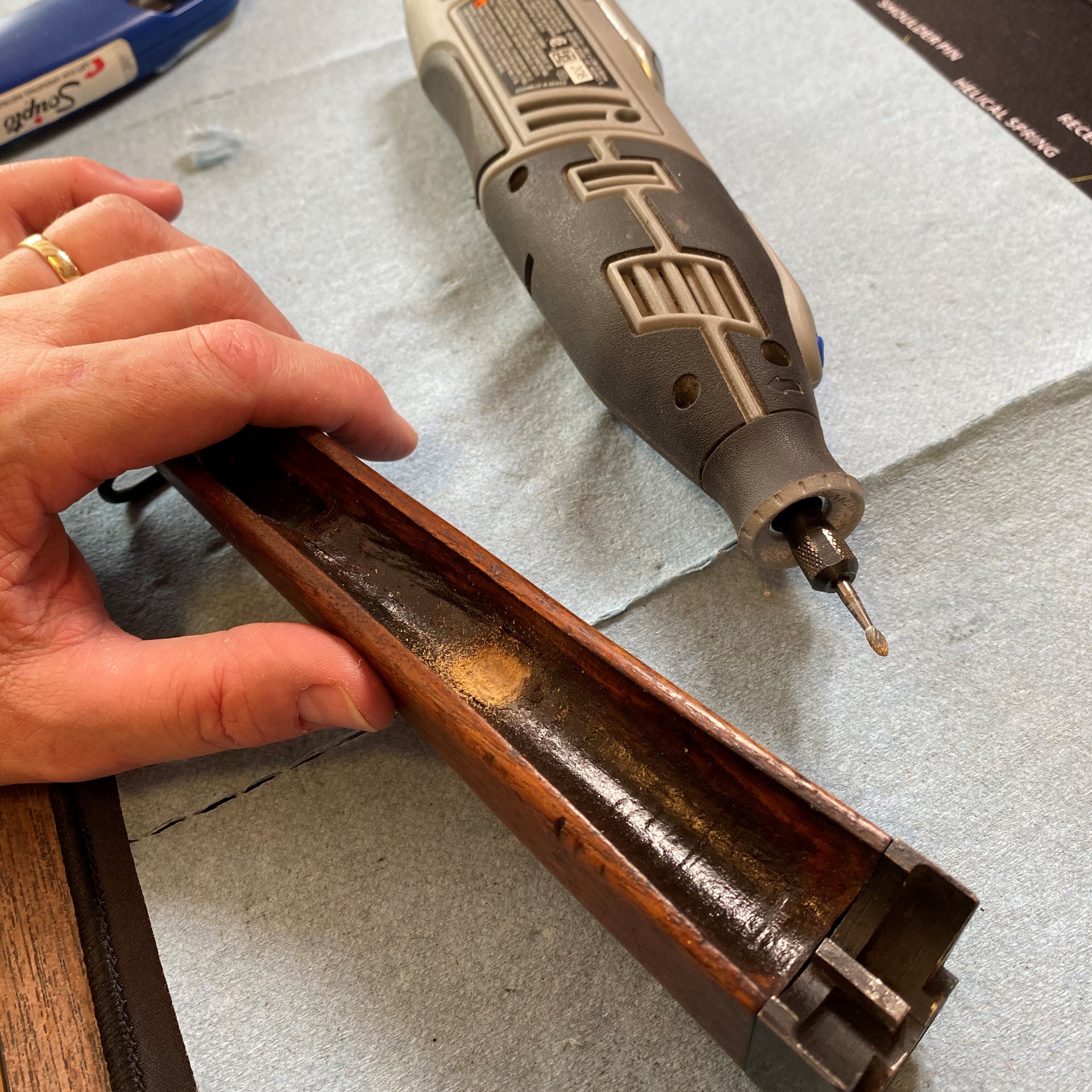 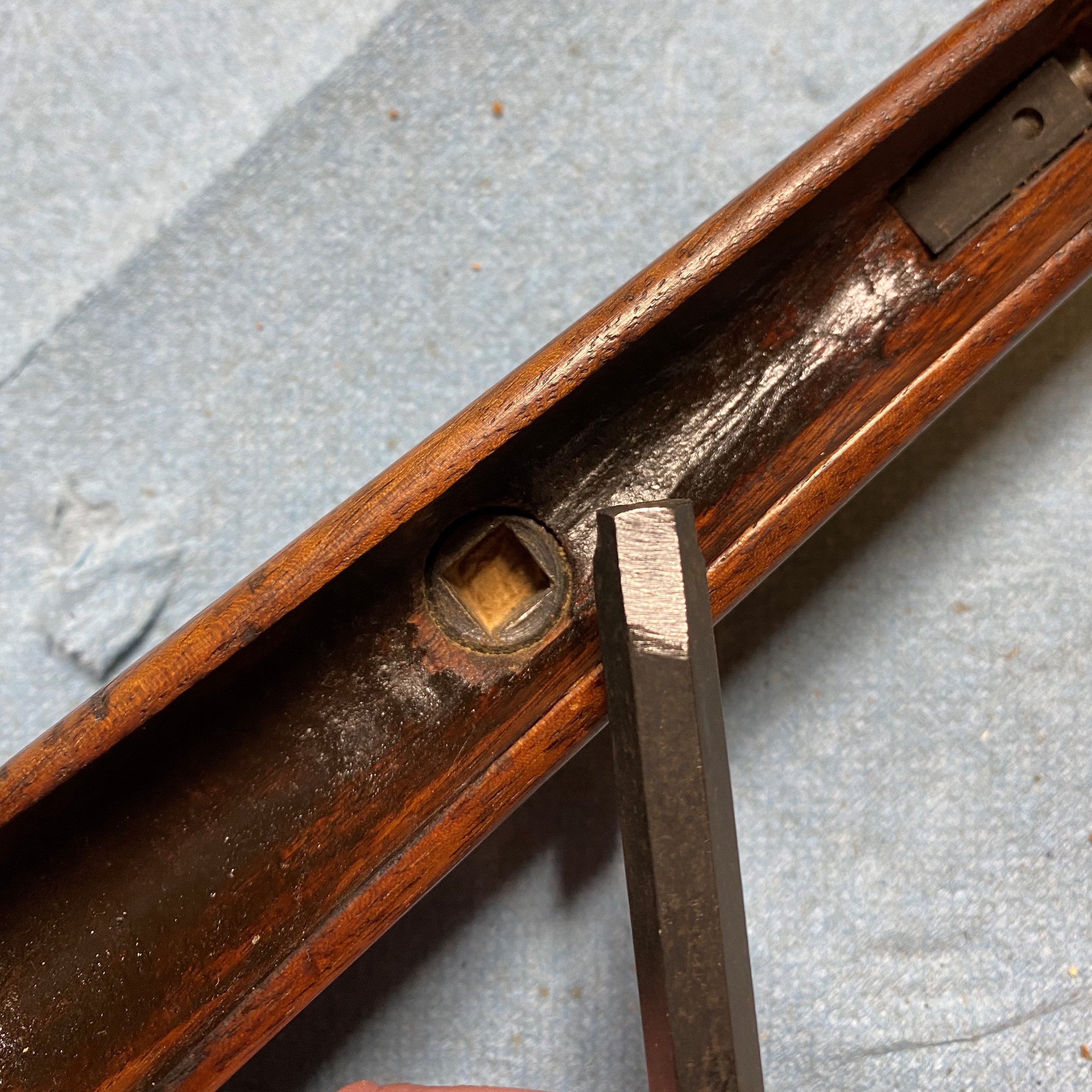 As the disassembly proceeded I found that all of the fitted components bore the same serial number stamp. Every Antiques Roadshow has an appraiser stating the “If all the serial numbers match that’s a good thing!” But the best thing was found when I removed the butt plate. I found my dad’s initials scrawled in his own hand. “RPM” and he didn’t damage the serial number. A little research and I found that this rifle was manufactured in 1923. 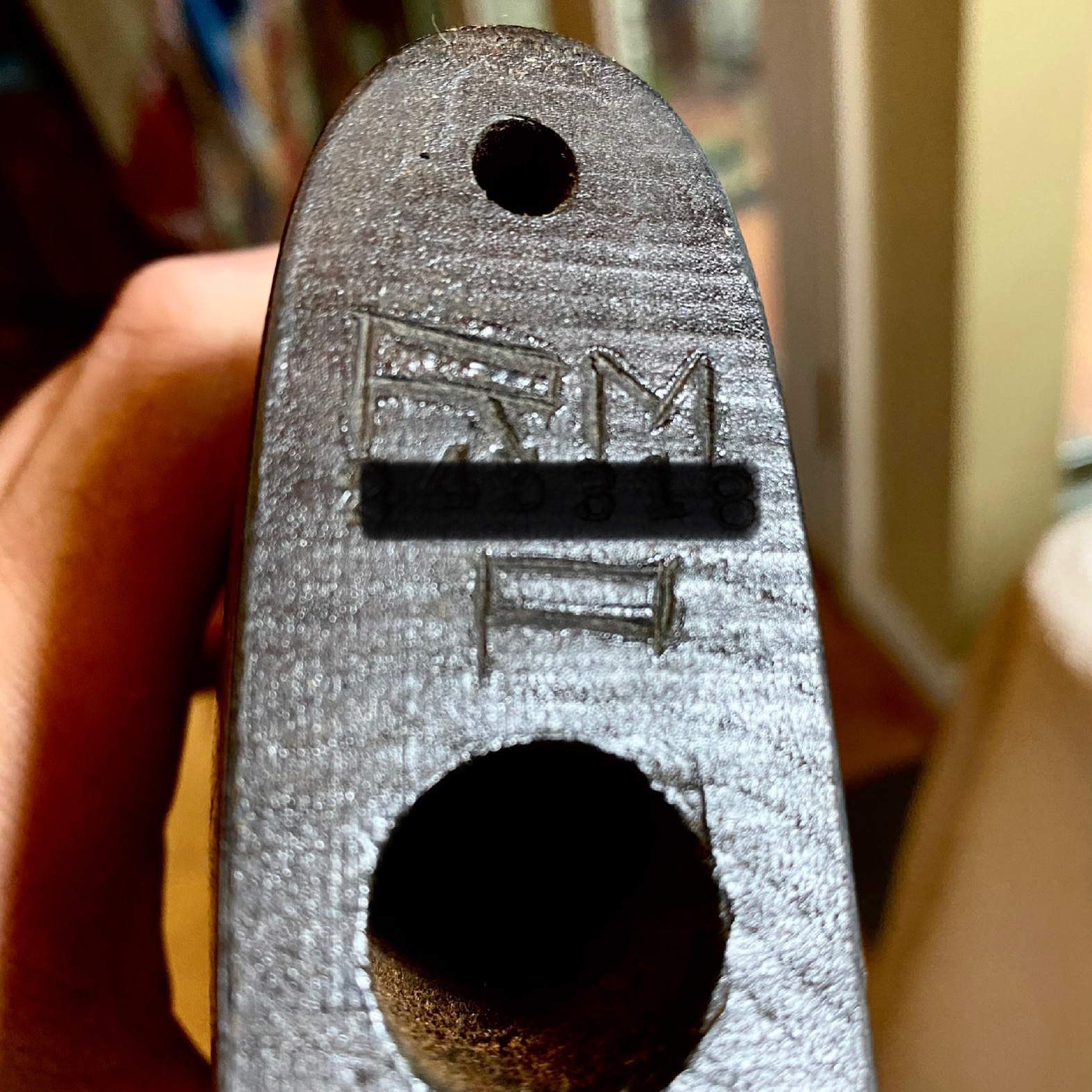 The reason the rifle remained disassembled for so many years was due to rust. I discovered Rust Blue and have written up all the details in my post Savage Model 1899 Bluing about how to recondition and restore a rust blue finish to this amazing luster. 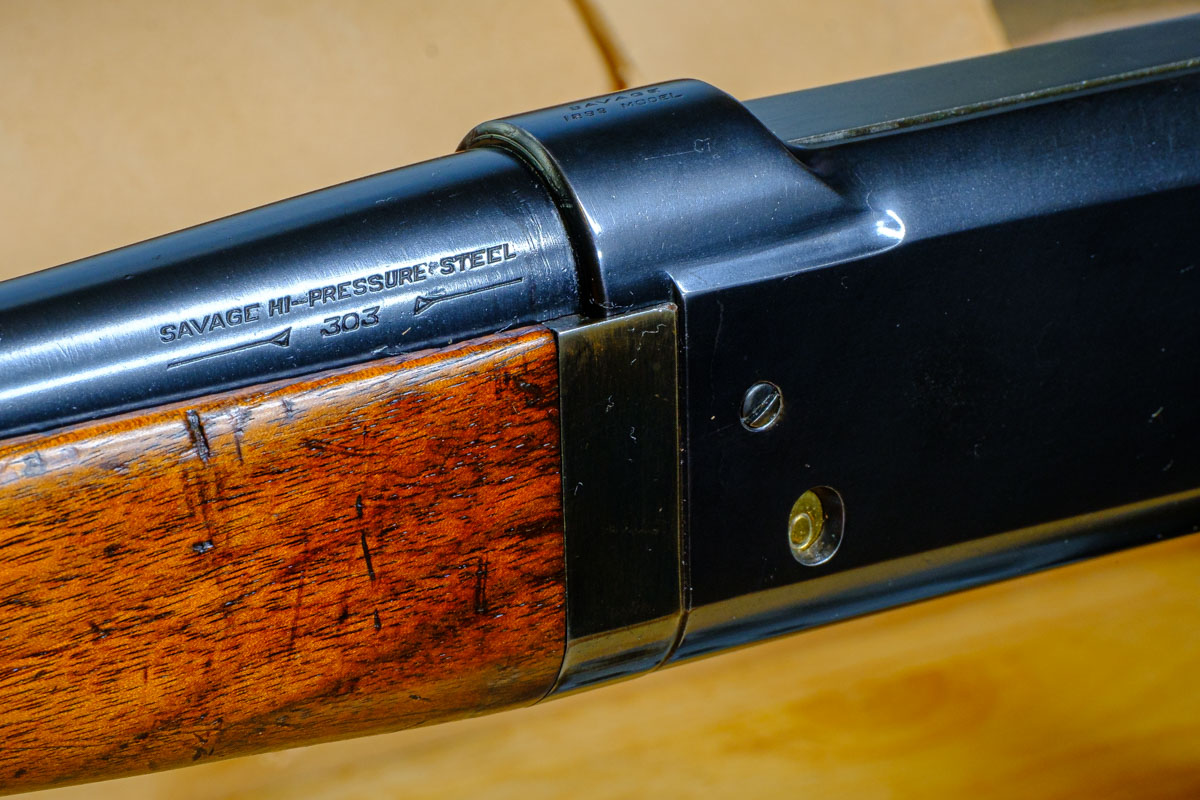 This whole project was a labor of love. It gave me a chance to complete the work that I started so many years ago. Without the Internet and the amazing amount of information I learned about the history and details I would not have been successful getting the rifle back into firing condition. The final step for me was to add some custom leatherwork in the form of a “cobra” sling and ammo cuff. I am very proud of the results.

I sincerely hope that this information helps other Savage owners conserve these beautiful mementos of the past.