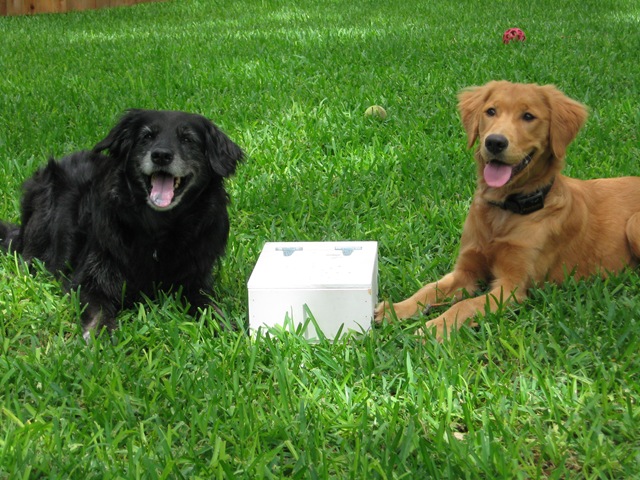 There are 3 things that the Doc told us to avoid: fetch, jogging and swimming. Willa does not jog (well, I don’t jog so Willa doesn’t either) but she LOVES to chase a tennis ball and would walk over hot coals to get to a swimming pool. So we’re trying to find creative ways to keep Willa and Ruby entertained. I have not had the time to work Ruby much since the Air Show so I decided to break out the scent boxes and work her and Willa.

I let Ruby go first. It was a simple exercise 2 only boxes. She sniffed both boxes, chose the right on and laid down a perfect alert. MJ and I were stunned, I could not believe that she remembered what to do after all this time.

I let Willa go next. She did it perfectly and gave me a great alert. I like the exercise because she has to bend her knee to do her alert. We did a few reps and called it a day.