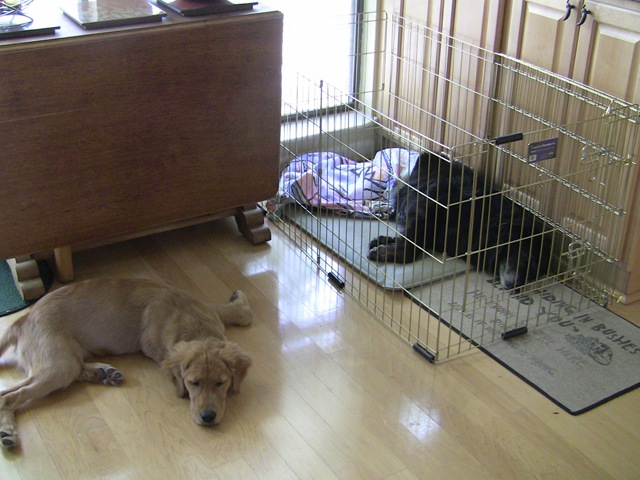 Before her injury Willa and Ruby were making great progress. Willa was initiating play with Ruby and Ruby was getting over her fear of Willa. Now that Willa is hurt, Ruby is struggling to understand why Willa won’t play.

When we first brought Ruby home we used an Ex-Pen to keep her contained. Now that she is more obedient (dare I say trustworthy), we have removed the Ex-Pen. With Willa needing a safe location to nap, we called the Ex-Pen back into duty. It serves as a safe location for Willa. In fact when she returns from outside she heads straight for he security of the pen. We have her cool pad to line the bottom and just enough room for her and the pad. She can see outside and not be bothered by Ruby (unless Ruby can get just a corner of her towel and pull it out through the cage bars…) ![/images/IMG_0198-fences.jpg]